Thorsten Trupke’s award-winning technology is a smarter and faster way of making sure that solar cells are reliable.

Though Australia has only one company manufacturing solar panels, the nation’s contribution to the solar energy revolution is immense.

Particularly notable in this field is the University of New South Wales’s (UNSW) School of Photovoltaic and Renewable Energy Engineering — and innovations by leaders such as UNSW engineers Martin Green and Stuart Wenham.

“The solar space is really one of the few areas I think where Australia can genuinely claim that they are world leaders,” Thorsten Trupke, UNSW Professor of Photovoltaic and Renewable Energy Engineering, told create.

At the suggestion of his PhD supervisor, Trupke moved from Germany to Sydney in 2001 to work among UNSW’s photovoltaic (PV) scientific and engineering experts as a post-doctorate.

He teamed up with now-Adjunct Professor Robert Bardos in 2004 and the pair soon made their own discoveries to help push PV technology forward.

Two years later, they had developed Photoluminescence (PL)-based characterisation methods that are able to immediately highlight defects in silicon.

“That’s when we saw the opportunity to look at this method for camera-based inspection of silicon wafers and solar cells, and this was really the breakthrough,” Trupke said.

“[This was] stuff that you would normally take several hours to measure, and all of a sudden, you just flick the button and a second later this image pops up on the screen. And at that moment, we basically knew we had developed something very, very useful and commercially relevant.”

This breakthrough was spun off into BT Imaging in 2008, where Trupke is Chief Technology Officer and Bardos is Chief Operating Officer.

“The solar space is really one of the few areas I think where Australia can genuinely claim that they are world leaders.”
Thorsten Trupke

Its technology is now state-of-the art for quality control in solar blocks, wafers, cells and modules, which is used all over the world, including by the five biggest solar cell makers.

Almost all of the inspection systems that it makes in Sydney are exported, and the company employs roughly 30 people.

Trupke’s work has earned him such awards as the 2017 Engineers Australia Entrepreneur of the Year. He and Bardos also recently picked up a Clunies Ross Innovation Award.

Incidentally, since the Clunies Ross Awards began in 1991, all three wins from UNSW have been from work on solar. 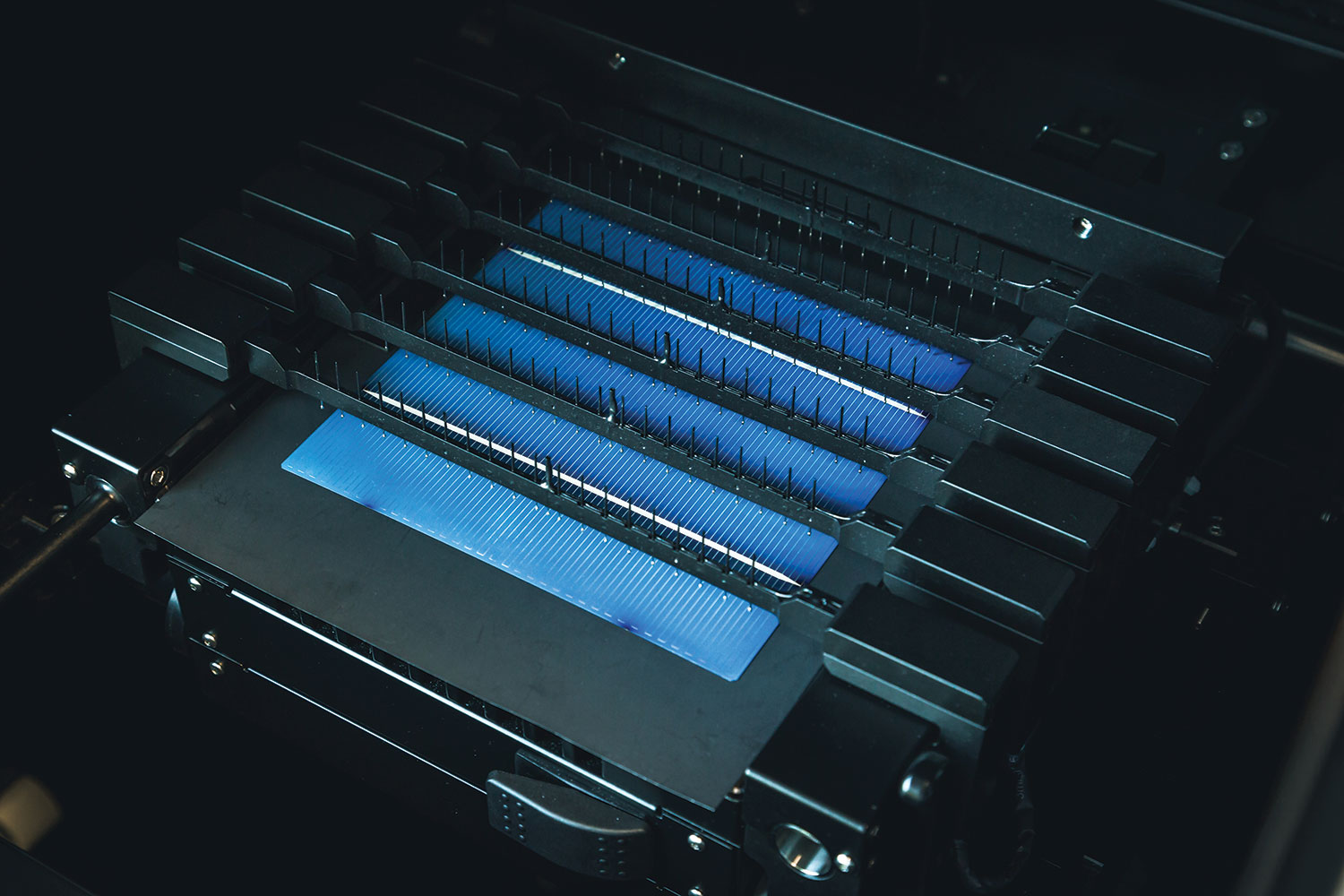 Innovation is essential to stay ahead of “Chinese companies who copy our product”, said Trupke.

The company’s efforts on this front are currently aiming downstream from laboratories and manufacturing plants, and into field inspection of modules.

As the amount invested in installing solar energy systems continues to climb, it becomes more important for these to operate reliably.

“People put up billions of dollars to put in place PV power plants, so they want to make sure that the modules that they pay for are actually going to deliver what they’re supposed to deliver, and that’s an area that we’re trying to get involved in more heavily in the next couple of years,” Trupke explained.

Asked what the next big development in solar energy generation might be, Trupke said exciting work is being done in tandem solar cells, both at UNSW and at other research centres, which has the potential to lift current efficiency levels.

But implementing them into high-volume manufacturing will take time, and there’s a lot of work to be done.

“For example, there is a company in the UK called Oxford PV, and they’re currently promoting the so-called perovskite solar cells on top of a silicon solar cell,” Trupke said.

“But again, that is in the early stages and a lot of technical challenges and unknowns are associated, so still a lot of research is required.”

“We saw the opportunity to look at this method for camera-based inspection of silicon wafers and solar cells, and this was really the breakthrough.”
Thorsten Trupke

As for Australia’s contribution to the solar energy revolution, Trupke has a few words in response to the suggestion that we have had great ideas, but Chinese companies have gained all the rewards from these.

“The price for solar panels has been dropping by a factor of 10 over the last 10 years, so a panel that you would buy for 1000 bucks 10 years ago you can now buy for under 100 dollars,” he said.

“And that is something that I don’t think any other country would be able to do, and it also means that solar manufacturing is now a very low margin business, and the Chinese are not making terribly much money on this.

“On the other hand, everyone else in the world gets the benefit of being able to buy these cheap panels, and that is really what is now driving the worldwide, very, very rapid adoption of solar as, for many countries, the cheapest way of making electricity.”

This article originally appeared as “Cell Perfection” in the November 2019 issue of create magazine.

For engineering leader Jo Dawson, networks are as important as knowledge

For the first time, researchers put AI skin cancer diagnosis to the test in the real world