With its population rising and surface space running out, Singapore’s government is working on a master plan to take advantage of underground spaces.

According to Singaporean mining engineer Yingxin Zhou, while the nation is not rich in buried resources, they do have one valuable commodity.

“We don’t have gold, oil or diamonds, but we mine something equally precious: space,” Zhou said at World Urban Forum 9 earlier this year.

The island city-state already has 5.6 million people living in an area 11,000 times smaller than Australia. Government projections indicate Singapore’s population will balloon to 6.9 million over the next 12 years.

To make sure there is enough room to go around, Singapore is building on its already impressive record of below-ground infrastructure and utilities. As well as water pipes and electrical supply lines, these include shopping centres, a train network, pedestrian tunnels, a five-lane highway, air conditioning cooling pipes and even automated secure parking for bicycles.

All part of the plan

Next year, the government plans to release pilot areas of a master plan mapping the subterranean space under Singapore and how it could be used. Ideas on the drawing board include an underground bus exchange, a deep-tunnel sewerage system and below-ground water reservoirs.

In preparation, the government has put in place legislation that enables it to buy land beneath privately owned blocks.

The Singaporean Urban Redevelopment Authority (URA), which is coordinating the master plan, said it would provide the first comprehensive look at the underground landscape.

This is important to foster below-ground development on a large scale, because records of various subterranean assets are currently held by a multitude of individual authorities (such as energy and water companies). This makes it difficult for developers to get a clear picture of the space they have to work with.

According to National Development Minister Lawrence Wong, Singapore has to take stock of what is underground, including pipes and power grids.

“We have to take stock and have a good database of information, and are compiling it as a central repository so we have a good basis plan,” he said.

According to ARUP engineer Mark Wallace, significant planning and development are necessary for underground infrastructure projects, which have higher upfront costs and overheads for correcting errors.

“If you are going to build underground, you should do it properly. Tall buildings are dead easy to take down. The underground? Not so easy,” Wallace told Smithsonian.com.

The president of the Singapore chapter of the International Facility Management Association, Tony Khoo, was supportive of moving facilities underground. But he also noted the higher costs and the potential for mishaps, such as underground pipe leaks requiring roads to be excavated.

“This is why these facilities must be designed for easy maintainability, with ample access points above ground, to make sure that they are really sustainable in the long term,” said Khoo.

Singapore’s government has also reclaimed land from the sea to increase available space, and is considering trialling novel methods such as floating buildings (although their waters are also quite congested).

It has also been planning to locate a 30 km road network beneath the surface, but the plans were scrapped last year. This freed up more underground land for other uses.

Singapore is not the only city exploring the potential for underground expansion. Hong Kong is considering following their lead to conserve precious space, and Helsinki and Montreal pioneered underground urbanisation in the 1960s.

Space will become an even more valuable commodity in the future. With the global population expected to reach 9.8 billion by 2050, every hectare will count, making underground expansion an attractive option. 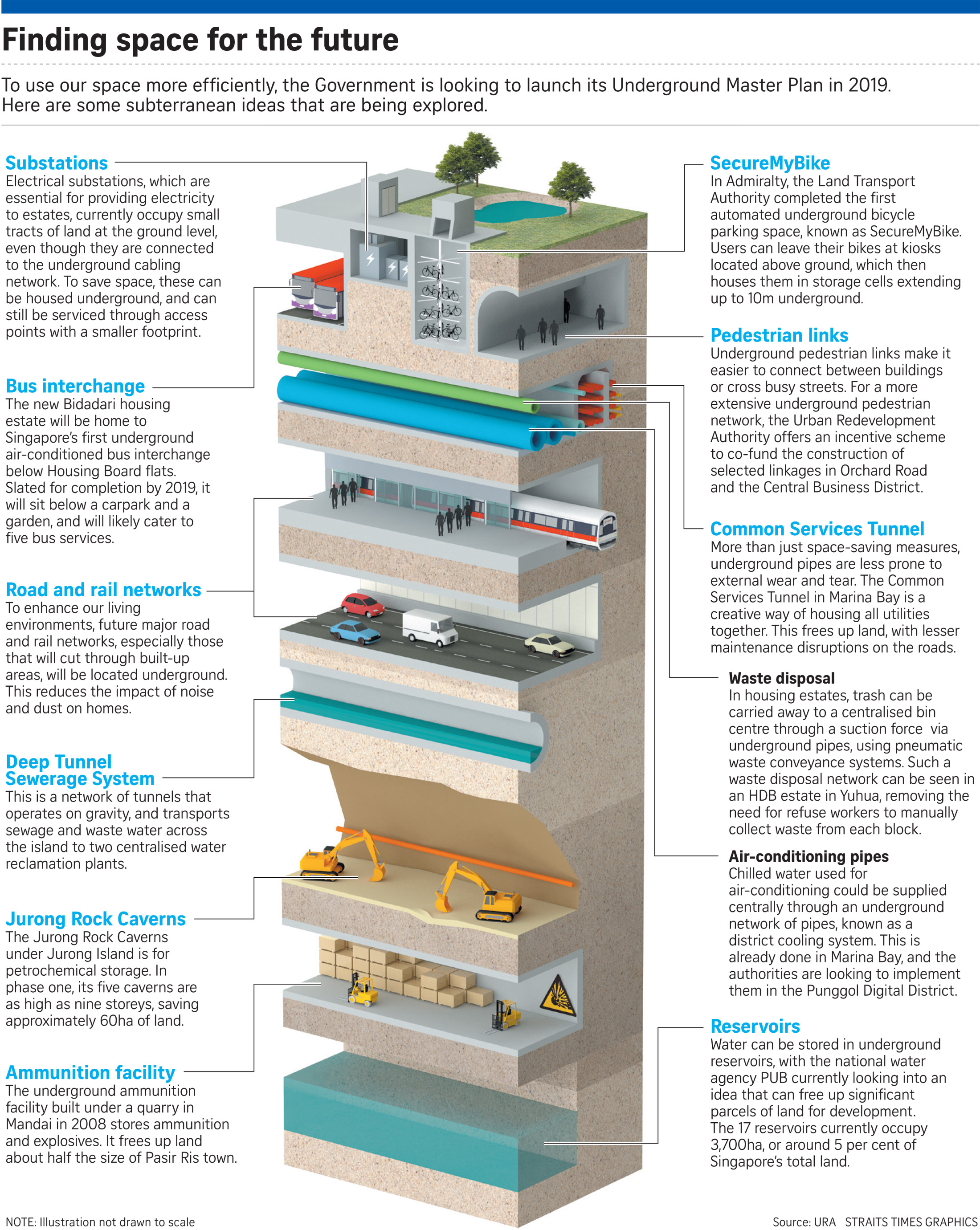 New edible sensor can check your gut health from inside

How engineers can lay the foundation for net-zero infrastructure