Twenty years on from the Sydney Olympic Games, an Engineers Australia member involved in developing the cauldron reflects on the monumental achievement and the longest three minutes of his life.

It was one of the most iconic images of the games — and it almost failed specularly in front of an audience of one billion viewers around the world.

Zlatko Gashi MIEAust CPEng was Principal Engineer at Tierney & Partners, which had the Herculean task of overseeing the structural design of the flaming cauldron that rose above Cathy Freeman and signified the opening of the games. But for a few minutes, it looked as though it might not happen as designed — a time Gashi remembers as if it were yesterday.

“There was monumental tension in the room when the transport mechanism temporarily jammed before transferring from the pool lift onto the trolley to take it up the stands,” he told create.

“I don’t think I’ve had longer three minutes in my life.”

Gashi, who has since started his own firm, M+G Consulting, said that his heart jolted along with each movement of the cauldron, as the trolley that was meant to pull it up the rails was prevented by the safety limit switch.

“Once the limit switch was manually disabled, there was a brief further wait — this time intentional — until the suitable point in the music was reached, and the cauldron started to move up the stands,” Gashi said. 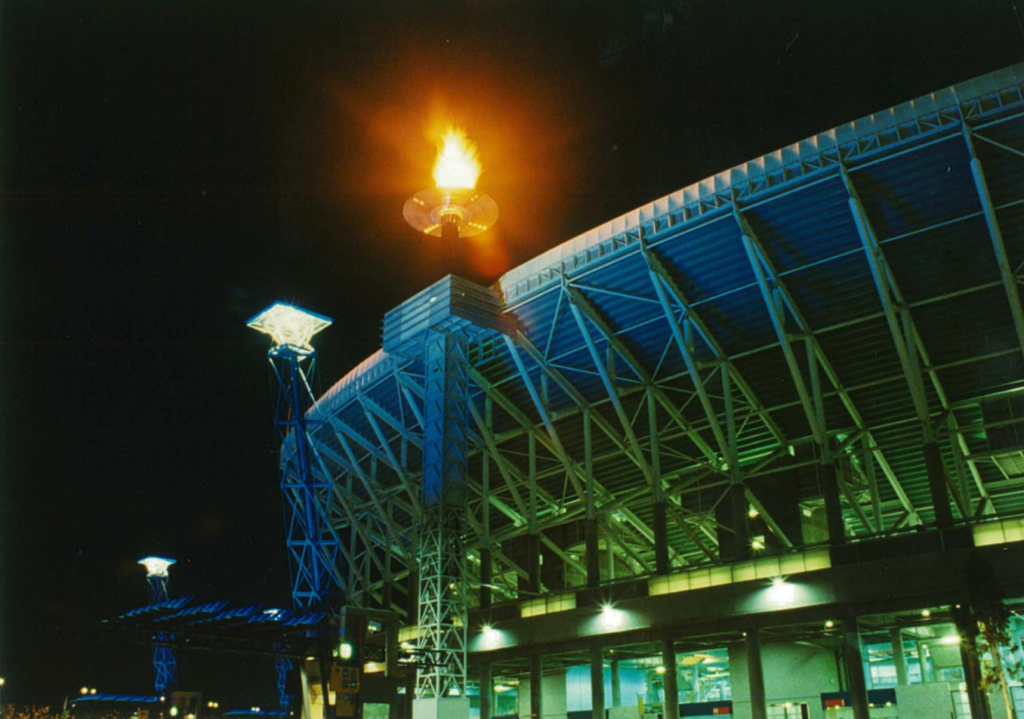 The team of about 100 people who worked on the project for nearly seven months were keenly aware of “the burden of duty” to convert a spectacular artistic idea into reality, Gashi said.

“To light a ring of fire which rises from water, to move it up above Cathy Freeman, to shift it onto [the trolley] and transport it up the stands, to place it onto the mast, which then rises to the full height — the number of things that could go wrong was staggering,” he said.

“From its concept to the stage when it was ready for the ceremony, the cauldron doubled in weight due to the growing collection of the equipment attached.”

It is testimony to the skill of the engineers that the cauldron could be switched on last week to commemorate the anniversary.

Gashi led Tierney & Partners’ structural engineering team, while Australian Winch and Haulage took on further design from their detailed blueprints, as well as fabrication and installation.

Due to the importance of the event, the Australian Olympic Committee retained the structural engineering team until the very end of the project.

On top of the joy of seeing their work on display in front of the world, Gashi said that the unique demands of working on the Olympics was a bonding experience for the entire cross-firm engineering group.

“Most, if not all of the work was carried out under the shroud of secrecy, which meant a lot of night shifts,” he recalled.

“Despite the occasional tension and anxiety among the teams, which was perfectly understandable, there was a shared feeling of being on a special journey together: keeping it all secret, and keeping the dream alive.”

“Most of the work was carried out under the shroud of secrecy. There was a shared feeling of being on a special journey together.”
Zlatko Gashi

As though one Olympic project was not enough, Gashi and his colleagues also helped deliver the Olympic Park Railway Station and Water Recycling and Management System in time for the games.

“The station was made with structural steel and precast concrete,” he said.

“It is a building of amazing looks, and the functionality to match, safely delivering crowds to the Olympic venues at a rate of 50,000 people per hour.”

Needless to say, while bringing ideas to life is something that engineers do every day, for Gashi, the Olympic project was his own personal best.

“I have been lucky in my engineering career in this regard, but I still think that the whole Olympic experience was a career highlight for me,” he said.

3 reasons not to miss the World Engineers Symposium

Fifty years on from the West Gate Bridge collapse, what engineering lessons have been learnt?