Few people manage to find their dream job straight out of uni, but Linda Hapgood hit her stride from the outset. Since joining Boeing as a graduate, she’s worked on major projects including the 747 and the 787 programs. Now, she’s focused on what’s next for aerospace and the future of flight.

When Linda Hapgood was a young girl, the rest of the world felt a long way away from her home in Australia. So she decided to think laterally: tickets on those giant Boeing 747s cost a couple of thousand dollars, but pilots got paid to explore the globe.

“However, when my older sister Karen left home to become an engineer, I realised that I could put my maths and science skills to good use and do something unique,” she said.

“I decided to take aerospace engineering at QUT.”

While at university, she got an internship at Boeing Australia, which turned into a full-time job on graduation. That eventually took her to Boeing headquarters in Seattle and ultimately into the role of Chief Engineer on 767 and 747 Airplane Systems. Boeing’s jets had taken Hapgood to the world, just as she dreamt, but in a way that she never envisaged.

Hapgood said that having the chance to work on the 747 “definitely felt like becoming part of the history of Boeing”. As Chief Engineer, she was responsible for more than 200 electrical and systems engineers on the 747-8, 767 Freighter and 767-2C tanker.

She said she spent most of her time supporting the ramp up of the production line for the 767-2C tanker, which will become the US Air Force’s new KC-46 tanker.

“With that came an unforeseen challenge: the volume of wiring on the tanker exceeded that of a 747 in a much smaller fuselage,” she said.

“We had to innovate. Again, I found myself at the intersection of engineering and IT and saw huge potential if we brought them together to the factory floor.”

Traditionally, when technicians were installing electrical wiring on an aircraft, they had to look at and interpret a two-dimensional drawing many metres long, construct that image in their mind and attempt to wire it based on that mental model. It’s a complex task that leaves no room for error.

Boeing is testing augmented reality as a possible solution, giving technicians real-time, hands-free, interactive 3D wiring diagrams. The diagrams allow the technician to easily see where the electrical wiring goes in the aircraft fuselage, letting them roam around the plane and see the renderings of the wiring in full depth within their surroundings and access instructions hands-free.

The company said the trial is indicating that the new solution has led to large increases in productivity, with improvements in the quality of work and reduced time spent doing jobs.

“It takes the 3D design data we create as engineers and projects it into real space, in actual dimensions and accurate positions.”

Hapgood’s father was a mechanic with Ansett Australia and later a 727 flight engineer. She feels he contributed to her passion for aircraft, but he never pushed any of his children to follow in his footsteps.

“My parents definitely expected us to do well at school and were so proud about every achievement,” she said.

“But the only thing they really wanted us to do was get a degree. They let us follow our passion and curiosity wherever it took us.”

Instead she credits her older sister Karen for inspiring her, as well as her twin sister Wendy, to study engineering.

“I didn’t really know what it meant to be an engineer, other than my Dad who knew how to fix engines,” she said.

“What Karen showed us is that engineering is for girls. This is why it’s so critical that girls in high school — and earlier — have role models and great examples they can hear about for any of the STEM fields.”

At QUT, her final-year thesis was in remote sensing, using satellite images and studying the signature of light reflected from the earth and back into a sensor to determine things from the air that can’t be figured out on the ground.

“I really thought my career would end up in satellites, but when I was offered a job at Boeing, the idea of working with airplanes appealed to me more than satellites,” she said.

Her first job was as a systems and software engineer on the F-111 Avionics update program based out of the Royal Australian Air Force Base Amberley in Queensland.

“I started in the requirements phase of an avionics update project for the F-111, then moved to writing code for the mission computer, then ended up in the hangar working drawing revisions,” she said.

“It was a great engineering end-end value perspective for my start as an engineer.”

A couple of years later, she was invited to join a one-year exchange program with Boeing US to learn how to perform engineering modifications for commercial aircraft.

“I was inspired by the pace and the amount that I could learn at such a big company,” she said.

“My one-year exchange program has turned into a 17-year career in Seattle!”

Hapgood has recently taken on a new role as Director in Supply Chain Operations within the Boeing Global Services division. Her team focuses on the business requirements of a broad spectrum of customers, and the role is another rung up the corporate ladder. She enjoys management and said she was lucky to become an engineering project manager quite early in her career.

“I really enjoyed the sense of bringing all the facets of a complex project together, working through the plan and then delivering the product to the customer successfully at the end,” she said.

“I learned a lot about leading through influence because, as a project manager, you are not a direct manager of people, but you need to inspire people to help you achieve the goal.”

That ultimately led to her first position in management, on the 787 program.

“I was fortunate to have excellent mentors to fuel my drive and help me find the right opportunities,” she said.

“My main passion is innovation and leading teams. As a manager, I really enjoy listening to people, understanding what they want to do and helping them bring their ideas to life. I love building teams and the sense of achievement that comes from fulfilling really difficult, challenging goals together.”

Looking further ahead, she wants to continue innovating and searching for ways to implement new technologies.

“I never know exactly where my career will go, but aspire to perhaps one day be the vice-president of an entire aeroplane production program,” she said.

“You have to be the best of the best to do a job that difficult, and the leaders we have in those roles have to inspire thousands of people to work together.”

While it might seem like she had a single-minded career path plotted out, snapping up her dream job at the first chance, Hapgood said that, at the time, all she wanted was to get a degree in engineering and see where that led.

“All that I knew for sure was that I wanted to have a challenging career and work overseas and see the world,” she said.

“Over the years I’ve come to understand that every job can be a dream job if you take your talent, your passion, and let all of the things that make you uniquely you shine. 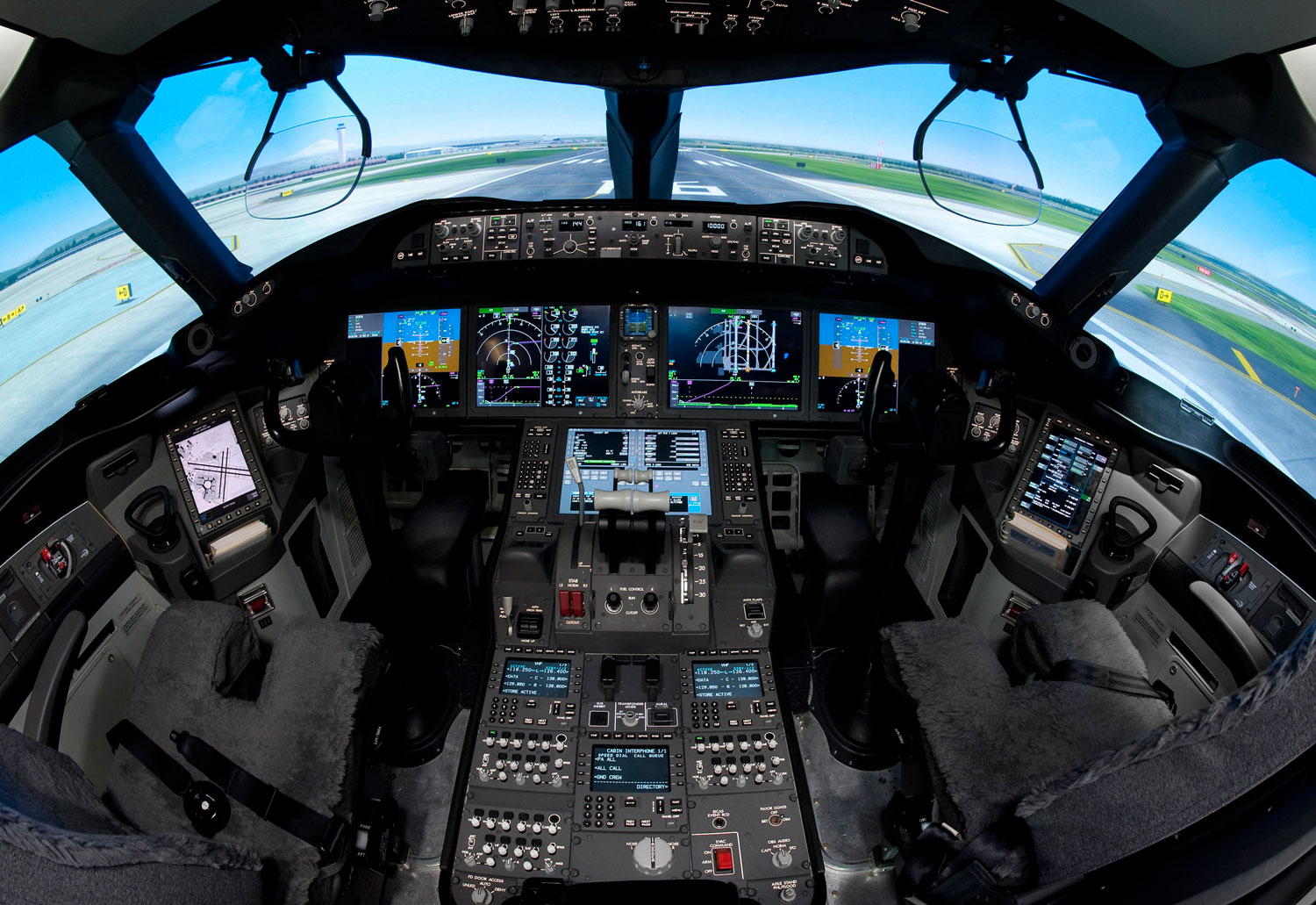 “Every job I’ve had so far I’ve enjoyed and has led to the next.”

She encourages younger engineers looking to follow in her footsteps to take risks.

“Go take the hardest jobs, stretch yourselves and know you can do more than you ever thought you could,” she said.

“Always dream, step outside of your comfort zone and take on new challenges, push against status quo and bureaucracy to bring ideas to life. Remember that diversity is a huge ally to engineers. In my experience, the best breakthroughs and innovations have come by bringing people from diverse perspectives and jobs together to design the best solutions, with a focus on the customer.”

One of Hapgood’s favourite quotes is: “To be understood, first you must understand.”

She said that, from an engineering point of view, it means getting out on the floor and listening to the people who are working with the thing you want to change.

It also means recognising when to show restraint.

“If you have an idea of how to do something better, first you have to be patient enough to understand why folks are doing it the way they are today,” she said.

This article originally appeared as “Flying high” in the October 2018 issue of create magazine.

What can robots learn from playing with Lego?

Challenging stereotypes: All it takes is “10 seconds of courage”