“Find problems worth solving”: One medtech engineer shares the secrets to his success

As CEO and co-founder of innovative medtech company Field Orthopaedics, Dr Chris Jeffery has worn a number of different hats. But his focus on pulling apart and solving problems is a constant.

Wanting to broaden his expertise with a bionics PhD on the way to a role as an orthopaedic surgeon, Dr Chris Jeffery was told by a mentor to “go find problems worth solving” and make a real impact.

“They sent me back out in the world to hospitals, and that was really the catalyst for change,” the CEO and co-founder of Field Orthopaedics told create.

Finding and tackling problems is life for Jeffery, who at just 31 years has achieved a surprising amount. His line from graduating in electrical and computer engineering (with an honours thesis that won the JH Curtis Award) to medical innovator has not been a straight one.

He served as a Royal Corps of Australian Electrical and Mechanical Engineers (RAEME) officer after graduation, receiving an Army Capability Development award for developing an AI platform to speed up deployment in the field. He was then deployed to Iraq and Afghanistan.

“You’re like the COO of the company, where the CEO or the commanding officer in the army sets the plan and the adjutant enforces and implements the plan,” he said of his service as an adjutant.

Time spent with doctors in the Middle East inspired Jeffery to change career tack and pursue medicine. He qualified as one of five to earn a full scholarship – including a concurrent MBA during medical school – through University of Queensland’s Medical Leadership Program.

“With my engineering, doctor, business and emerging bionics knowledge, I ended up coming back with a whole bunch of business ideas,” he said.

The first of these emerged as an answer to a serious problem he experienced on placement as a junior doctor at a children’s clinic at Ipswich General Hospital.

“The average patient was five years of age, referred because they were missing developmental milestones, withdrawing from family or friends, or having behavioural issues,” Jeffery said.

“And the question was, ‘Is it that they can’t hear, they have another medical issue, or is it behavioural?’.”

A threshold-based audiogram was required for diagnosis, with a wait time of 18 months to see an audiologist. A wait to see Jeffery? 12 months.

A kid presenting with no test would just be put in a queue – “a travesty,” said Jeffery, given the simplicity of the test and children sometimes waiting two years “before you can know what’s wrong, let alone where to start to look at how to fix it.”

He wrote a logic-based program on a Raspberry Pi to emulate the screening, later starting Audera to commercialise this IP. A consumer element also became part of the company, which makes headphones that adjust to a user’s hearing profile.

“Three years down the track – literally thousands and thousands of audiograms – we’re yet to see a perfect audiogram,” Jeffery said.

“You can make the best headphones in the world, but until they can identify and adjust to your hearing they’re pretty pointless. We used the selling of those to fund the ongoing medical innovation and creation of my medtech company.”

Mentors asked Jeffery why he was devoting so much time to ear, nose and throat problems when he wanted to be an orthopaedic surgeon. He began to focus on issues with upper limb extremity devices, where four out of 10 patients suffer complications. 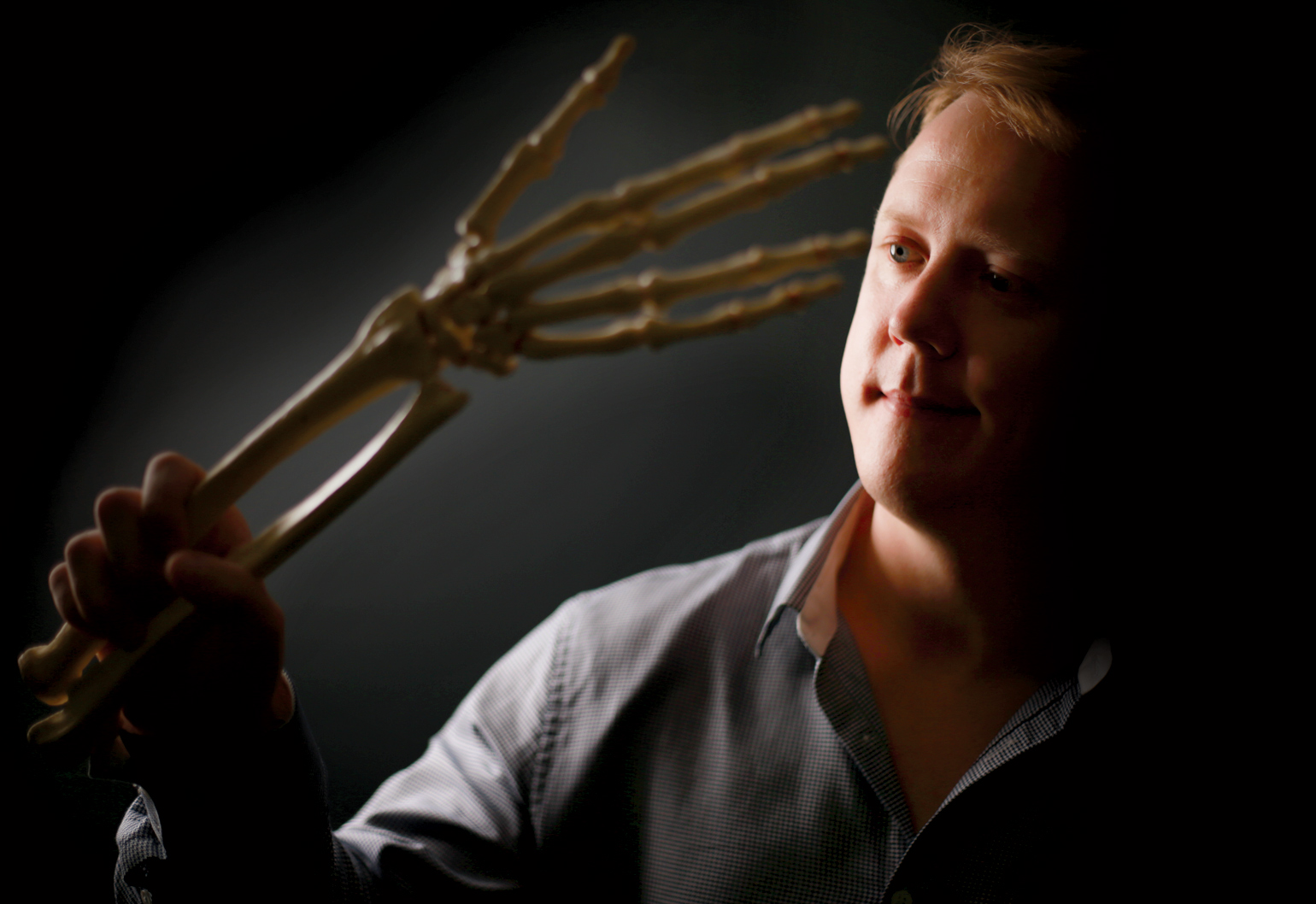 The first problem was severe arthritis of the wrist, affecting one in six people over 60. There is no way to replace the complex joint, unlike with a hip or knee, and options range from painkilling drugs to fusing the wrist.

“Essentially two joints in one, it’s got a massive circumferential range of motion,” he said.

“Importantly, unlike the hip or the knee, when those joints are loaded the bones smoosh together to stabilise them; when the hand is loaded or the wrist is loaded, if you think about how you hold a phone, the force is normally orthogonal to the axis of the bones.”

This led to a total replacement method using magnets to stabilise the wrist, which Field Orthopaedics was formed to commercialise.

Early this year the company made news with the cheapness and speed of development for the Field Micro Screw, taking 12 months and $600,000 (compared to an average of 31 months and $39 million). The device for treating small fractures is currently awaiting US FDA approval.

These two companies and another have incubated within RER Labs, which Jeffery co-founded. The company started working on outside projects, provided they are suitable and sufficiently problem-based, in the past two years.

“I call it the engineering dilemma,” Jeffery said of the wrong way of developing an idea.

“We often want to do a project that’s cool for coolness’ sake; so we might be trained in computer vision or we’ll be enthusiastic about drones, and that’s the solution. But that to me is always like trying to put a square peg in a round hole – it limits your creativity and the simplicity and elegance of what you’re going to give someone. We like to start with actually understanding the problem first.”

Asked about the difference between leading a project and leading a company, the entrepreneur said he doesn’t see a huge division between them. For both, it’s essential to understand the purpose and what problem is being solved. What is the essence statement, the barriers and the plan to overcome these?

“They’re both tricky, probably for the same reasons, and that’s managing human capital: so managing the people, the team, from the project point of view, or contractors that might not be as motivated or as invested or as effective as you; versus the company, which is how do you manage the people in your team. You need to all be as invested and driven to solve that,” he said.

Things like brand messaging are a concern for a company, though perhaps not for a project.

“The only difference between project and organisation is I suppose in an organisation there’s a few other elements, and you have to change your mindset: it’s not always a technical mindset,” he says.

How can you make the jump from project leader to business leader? Dr Chris Jeffery will share his insights at the upcoming Australian Engineering Conference. To learn more and to register, click here.

Dr Chris Jeffery will also be presenting at the upcoming Australian Biomedical Engineering Conference. To find out more, click here.

Biofabrication: What happens when the best of manufacturing and biotech collide

Opinion: It’s time to bridge the gap between experts and policymakers

Biofabrication: What happens when the best of manufacturing and biotech collide