Banking on an infrastructure-led economic recovery

Infrastructure Australia has released an updated edition of its Priority List, with 12 new projects added to a pipeline valued at $64 billion.

Half of the new projects announced on the updated list are in Queensland, while four are on the Federal Government’s list of 15 critical projects that will be fast tracked to provide economic and jobs stimulus in the wake of COVID-19.

Infrastructure Australia CEO Romilly Madew said the Priority List was sourced from a “record number of projects” submitted to the independent advisory body, and took into account factors such job creation during and after the project, as well as reducing congestion.

“Australia is planning its recovery from a rolling series of crises: drought, flood, the bushfires and now COVID-19,” she said.

“As we look forward, the focus is on delivery and as the nation’s infrastructure advisory body, we are continuing to improve our ability to move quickly to identify investments that will improve productivity — this is about expanding the pipeline, keeping the economy growing, helping to create jobs and attract investment.” 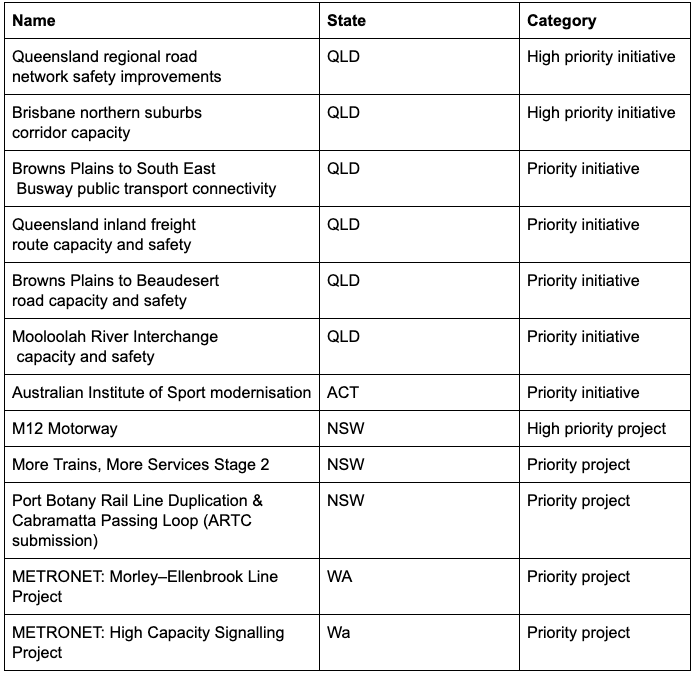 The projects are expected to create some 6000 new jobs, although a breakdown of the nature of those jobs are not yet clear.

Infrastructure Australia is currently calling for submissions to the Priority List to be evaluated through the rest of this year and released in early 2021.

8 books that should be on every engineer's ‘to read’ list

Fifty years on from the West Gate Bridge collapse, what engineering lessons have been learnt?

8 books that should be on every engineer's ‘to read’ list