Have you heard? Hearing aids are transforming into high-tech ‘hearables’

One company out of Perth is taking advantage of electronics miniaturisation trends to design smart hearing aids – aka ‘hearables’ – that are more computer than earphone.

Davis heads development at the Perth-based intelligent wireless earphone company, which has won awards at the world’s leading electronics show CES, entered an ever-expanding list of stores around the world, and is trying to change the way we hear.

“At the moment innovation is really fast in this category; the hearables category and earbuds without wires has just exploded over the past two or three years,” he said.

“It’s been driven by a lot of those fundamental themes that have put in place those technology stepping stones, allowing us to get a product like that. It’s incredibly exciting and there is even more innovation coming: a lot more lower-power Bluetooth chips, devices with more capable signal processing as well, and for us, we are approaching a space where we include hearing enhancement features.”

Davis was the first technical hire at Nuheara in mid-2015 and has grown his team to 13. Expertise presently includes RF, firmware, audio, digital signal processing, and mechanical and human factors engineering.

The pace has been breakneck for Nuheara, which held a wildly successful crowdfunding campaign and listed on the ASX in 2016, started shipping its flagship product and gained seven international innovation awards last year, and announced two new products at CES in January. 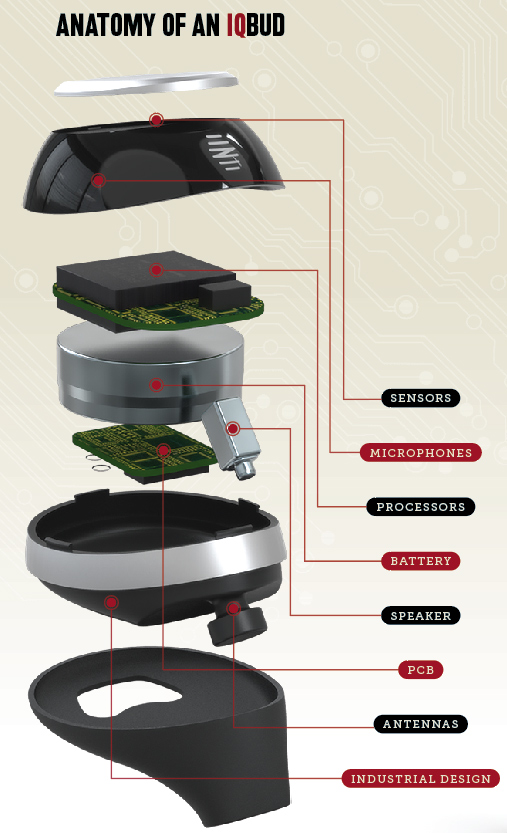 The digital signal processing (DSP) expert came on board after a role as VP Engineering at hearing technology company Sensear, which, like Nuheara, was both co-founded by Justin Miller and underpinned by deep research links with Curtin University. Sensear produces hearing protection gear that also allows workers to communicate in noisy industrial environments.

He began a PhD under Professor Sven Nordholm (part of “a real bank of signal processing expertise that I had at Curtin”), put this on hold to build a team at Sensear, achieved his degree in 2008, then moved to Dolby Laboratories in Sydney in 2009, heading its engineering team. From there it was back west in 2012.

“I came back to WA and I actually went back to Sensear for a while as the engineering manager, and then later as VP Engineering,” he said.

“I subsequently left Sensear and joined Nuheara when it was in its infancy.”

The startup raced to its first prototype in January 2016. Apple then helped validate the idea of wireless earbuds with the release of AirPods in September that year, shortly after the June close of Nuheara’s Indiegogo campaign.

“We were one of the first companies to come to the market with a true wireless product, and we did it in a really short space of time: such an incredibly challenging project, with getting our IQbuds out on the market on time. But we had committed to customers, so we really wanted to do it,” Davis said.

A key piece of the company’s IP is its super-intelligent noise cancellation (SINC) technology, which they worked on with Curtin.

“There are other technologies like amplification technologies and technologies for music as well, but the basic approach is to have microphones on the outside of the products. The microphones capture the sound from around you and we feed that into a microprocessor where we do signal processing,” Davis said.

The audio signal is captured, split into many different frequency components and statistically analysed. The background noise-like parts or more stationary elements are then suppressed. What is tuned out of a user’s environment can be adjusted by an app. According to the company, its crowdfunding supporters were particularly keen on being able to hear conversations in a noisy bar.

“We can hear the cadence of my speech and the timbre of my speech, as it changes or goes up and down, and we try to pick up those components versus background noise,” he said, pointing out the importance of and effort spent keeping delay low, so speech syncs up properly with a person’s lips.

A current research effort is applying Nuheara’s technology as hearing assistance. Hearing aids are comparatively expensive, require a referral by a healthcare professional, are a single-faceted device and can be a source of stigma.

Davis’s company is targeting those with mild to moderate hearing loss who aren’t interested in hearing aids, but who want to better control what they can hear. Last year US law changes opened the door to over-the-counter personal amplification, following standards development by the US Food and Drug Administration.

Asked about the difficulty or otherwise of basing R&D for a high-tech firm in Australia (Nuheara is dual-headquartered in Perth and San Francisco), Davis said Perth has proved an excellent location in the race to innovate in the hearables sector. He praises the R&D tax incentive, excellent universities and strong ties with these, and a surprising ease when it comes to attracting and retaining talent.

“Perth is a bit of a mining hub, but we’re working in the high-tech space. We’ve been able to attract a lot of really good tech people who are really keen to work in this field,” he said.

“It’s a good thing that we are away from Silicon Valley. Being in Perth gives us a bit of an edge. Else, we’d be competing with huge companies like Google and Apple who have massive resources. So, I think it’s an advantage.”

How can engineers help make innovation more than just a buzzword?