Engineers achieve great things – and with that comes great responsibility

Engineers have an immense opportunity to transform the world. They are at their best when they have a keen awareness of all the possible consequences.

When its launch day comes, currently scheduled for March 2021, this extraordinary spacecraft, which tests the limits of engineering feasibility, will commence a journey of a million miles into outer space.

If all goes to plan and it reaches its destination, it will spark fires of imagination throughout our world.

When the telescope is turned on for the first time, its enormous mirror, made from interlocking hexagons of gold-plated beryllium, will gather infrared photons and focus them onto the telescope’s exquisitely sensitive detectors.

It will generate images of the universe as it was 13 billion years ago, not long, in cosmological terms, after the Big Bang.

If this all works — and there is a genuine risk that some minor error could derail the whole project — the telescope will allow us to see far further out into space and further back in time than ever before.

This is a truly inspiring endeavour. It showcases the amazing things that engineers can achieve when they pool their expertise and harness their ambition.

And it is not only engineering projects that stretch the boundaries of the possible that allow us to see the world anew and to think more imaginatively.

Simpler technologies can do that too.

Today in Kenya, more than 25 million people use a mobile money service called M-Pesa. It is based on the decades-old technology used to send and receive SMS messages, but every year the equivalent of half the country’s GDP moves through this system.

Launched in 2007, it was inspired by a local need for a reliable way to grant and repay loans in microfinance schemes.

These small sums, often paid directly to women, can provide the means for families to build their own way out of poverty.

In creating M-Pesa, African engineers took an existing engineering platform and applied their ingenuity, transforming it into a tool millions of people can use to make a brighter future.

Similar schemes now exist in many other countries, where people can often access services that do not exist in the industrialised world. 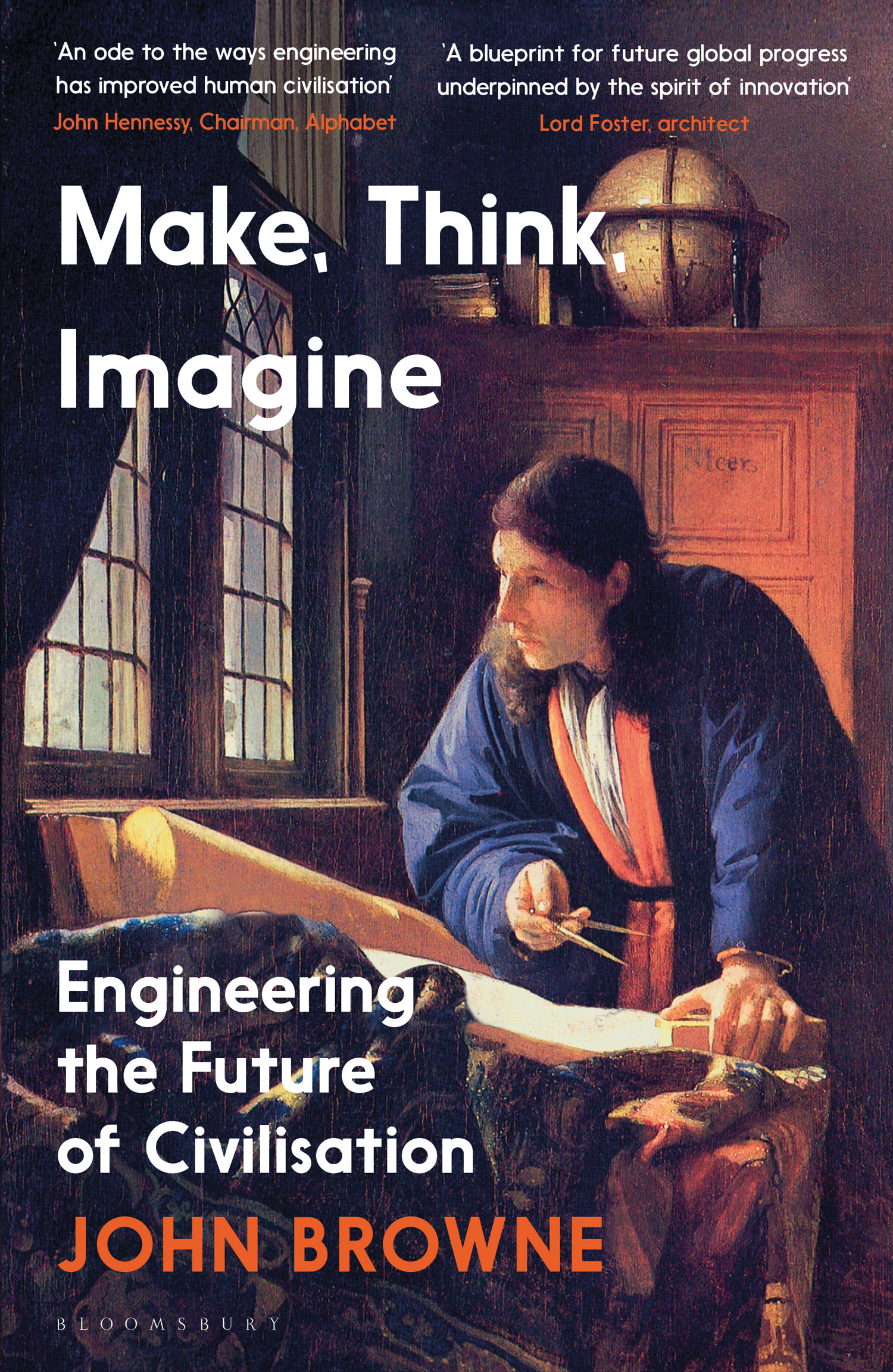 As smartphones and mobile internet connections spread around the globe, they are unleashing huge latent ability, inspiring people to dream up inventive new applications, and even new industries.

But the steady growth in connectivity highlights the grave responsibility that comes with the ability to build the future.

Connecting people through the World Wide Web and the internet has improved democracy, made life more convenient, spread knowledge, and enabled previously marginalised groups to participate in the economy and in society.

But it has at the same time reduced or possibly eliminated privacy, created new ways to interfere with democratic processes, and allowed bigoted groups to inject hatred into the networks.

In a similar way, the drone technology that delivers crucial medicine and supplies to disaster zones and isolated communities can also be used by terrorists to disrupt our lives. And it is now technically possible to equip them with a small explosive charge and a face recognition algorithm to create truly terrifying weapons, which could be instructed to seek out and eliminate anyone among us.

Then there is the provision of energy, which has been the main focus of my career.

Fossil fuels have done more than anything else to liberate people from poverty and improve quality of life. But the carbon dioxide released by their combustion threatens to tip us into a state of catastrophic climatic change.

Despite the best of intentions, engineering advances can trigger a host of unintended consequences. Things go awry when engineers focus on the beneficial effects of their innovations, without having the courage to think through the potential for bad outcomes.

As Apple CEO Tim Cook made clear in his address to graduating students at Stanford University this past June, he thinks the desire to take credit for new products while being unwilling to take responsibility is at the root of the growing antipathy towards so-called ‘big tech’, and perhaps also feeds a growing scepticism about engineering more generally.

"The steady growth in connectivity highlights the grave responsibility that comes with the ability to build the future."
John Browne

The engineering sector must work hard to combat these corrosive trends. Leaders should reinforce the need for experienced oversight and governance and to equip teams with the means and the incentives to consider the human impact of their work.

This becomes very much easier when they involve a much broader cross-section of society in the work they do. Diverse teams not only have better ideas, they draw insight and compassion from a deeper pool of experience.

Great engineering inspires us and gives us the means to turn dreams into reality. Without the ability to imagine, all progress stops. But we also need imagination to see the world from another person’s perspective.

If all plans come to fruition, the James Webb Space Telescope will provide a radically novel view of the cosmos, and the ultimate shift in perspective.

Feats like this inspire us but should also inject a crucial dose of humility, by reminding us that we only understand one tiny corner of this vast universe.

If engineering is to fulfil its potential to build a brighter future, we must never stop asking questions and thinking about the wider world that lies beyond our daily concerns.

This article originally appeared as “The brightest future” in the September 2019 issue of create magazine.

How the ute went from innovation to Australian icon

John Browne is a former CEO of BP, former President of the Royal Academy of Engineering and the author of Make, Think, Imagine: Engineering the Future of Civilisation, which is out now.