Two obvious problems with that goal stood out: the limitations of hydraulics and gears in power transmission.

Acosta said Sessions, an award-winning inventor, has an approach similar to renowned futurist Buckminster Fuller, based on ‘tensegrity’.

Sessions understood the flow of energy through objects to get high structural use. Hertzian contact problems really ground his gears.

“In the beginning, the idea was that gear teeth are really inefficient structurally, because they have high pressure at small contact patches,” Acosta, Rise’s CEO, told create.

“The tips of the teeth, for example, are gnashing each other, and meanwhile the rest of the gear’s not doing that much.” 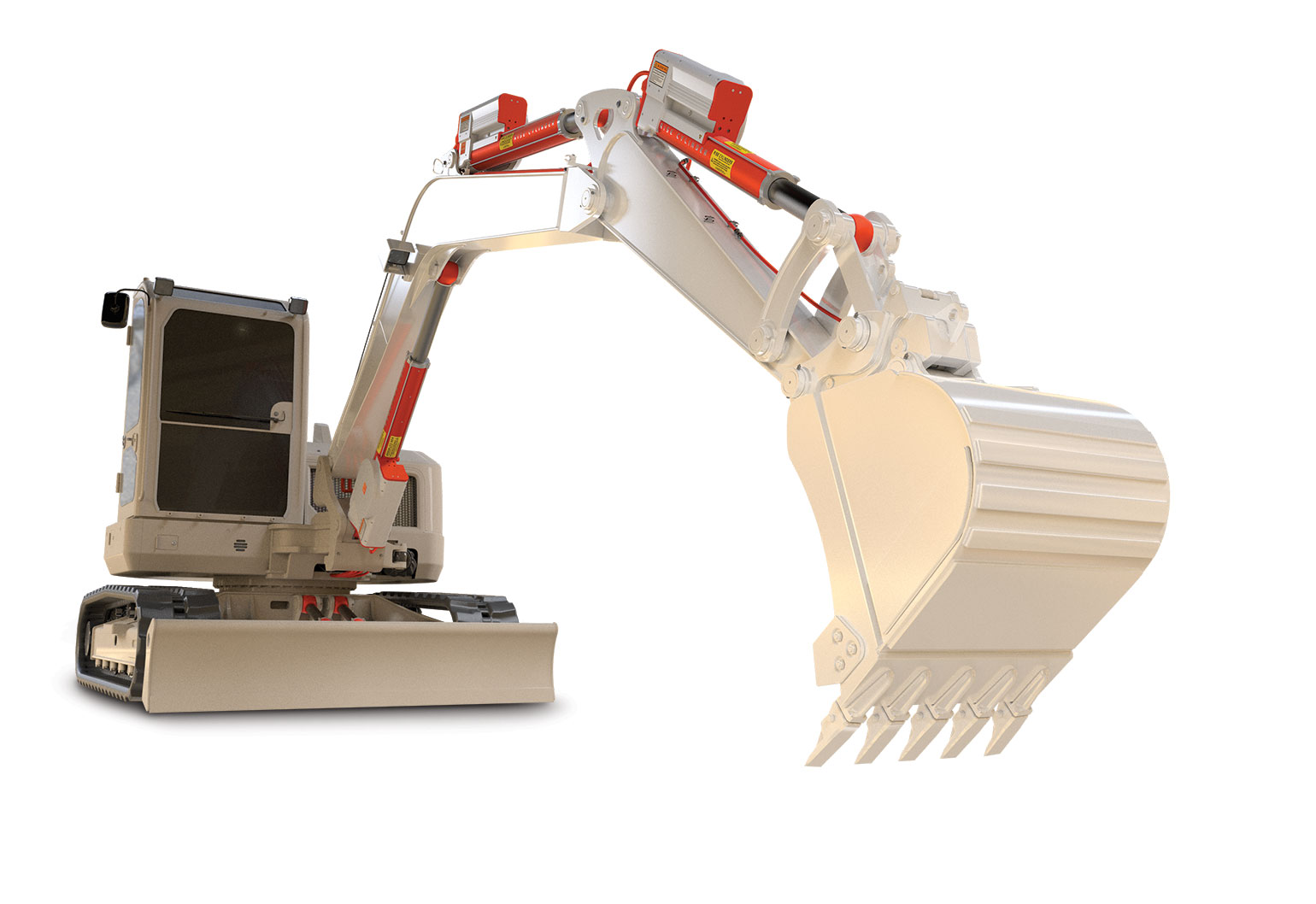 These problems are usually addressed through super-hard materials, precision machining, and bathing parts in oils.

But the Rise team decided gears wouldn’t cut it for Iron Man, and they set out trying to perfect a new kind of linear actuator.

“The original insight … was if you take a tension element and get it to contract somehow… contracting it around a pulley has a really smooth distribution. You just spread out all the energy transfer over a much larger area [over] the whole size of the pulley,” Acosta said.

“We just went through a lot of evolution of what construction, what material, what geometries, how do you compact it, and eventually we get to belt, and how you compact a belt on a pulley. And it kind of just looks like meat on meatballs.”

This design of the Rise Cylinder differential drive system, similar to the Chinese windlass, requires no fluid or lubrication and could be made from store-bought bearings, springs, pulleys and cables.

Final assembly is done in-house, with components contracted out, though the company plans to let go of assembly as soon as it scales up.

When create spoke with Acosta, they are “at quantity 60”.

The five-person team — four are MIT grads — is currently on its 10th-generation cylinder, its main product. It also manufactures industrial air compressors using the novel actuators.

Acosta and team have tried numerous applications for their technology, and said they have “lost count” of the pivots along the way.

“We’ve maintained the same beliefs and vision the whole way and we’ve gained more team members and investors,” he explained.

“The pivoting is around what’s the foothold which commercialises this new technology rapidly. And specifically, what that means is which markets, which applications, what benefits, and can we enter there?”

The company’s first OEM partnership is for trucking lift-gates, and its focus is currently on heavy lifting applications. These require only one degree of freedom.

The cylinders are a drop-in solution for hydraulic actuators, with claimed energy efficiency and durability benefits, the ability to charge batteries with hybrid regeneration, and much quieter operation.

It might not be as exciting as a mech suit, but the idea of one day enabling a garbage truck to pick up and near-silently pick up and compact garbage without waking a person in the morning is an idea Acosta said is appealing.

“An elephant could smash the trash and it would do it silently,” he said.

Acosta said recent tests with one customer have successfully gone through 100,000 cycles of lifting a tonne through a distance of 61 cm at speeds of 10 cm a second.

He added that heavy machinery is something he grew up with. In an interview elsewhere, Acosta has recalled that an experience sitting behind an excavator at age eight was influential in his desire to build robots.

Rise’s story has seen numerous changes in direction, as well as awards — including a place for Acosta and Sessions in the Forbes ‘30 Under 30’ list — but the pair has maintained its belief that engineers can come up with something better than gears and hydraulic actuators for power transmission.

And what about Iron Man? In 2015, Acosta was asked his elevator pitch, replying simply “Intel for exoskeletons”. Is this still part of Rise’s plans?

“We thought we could do it,” he said.

“We earnestly tried to make exosuits for a couple of years. It’s a tough new market with tough new technology and the combination is impossible. There’s a lot of dead bodies. And we don’t want to be one of them.”

Three trends that will shape the future of engineering education

On the road with artificial intelligence

On the road with artificial intelligence