New edible sensor can check your gut health from inside

A team from MIT and Brigham and Women’s Hospital (BWH) have built a flexible sensor that can be rolled up and swallowed.

Upon ingestion, the sensor adheres to the stomach wall or intestinal lining, where it can measure the rhythmic contractions of the digestive tract.

Such a sensor could help doctors diagnose gastrointestinal (GI) disorders that slow down the passage of food through the digestive tract. It could also help doctors to monitor food intake by patients being treated for obesity.

The flexible devices are based on piezoelectric materials, which generate a current and voltage when they are mechanically deformed. They also incorporate polymers with elasticity similar to human skin.

“Having flexibility has the potential to impart significantly improved safety, simply because it makes it easier to transit through the GI tract,” said Giovanni Traverso, a biomedical engineer at BWH. 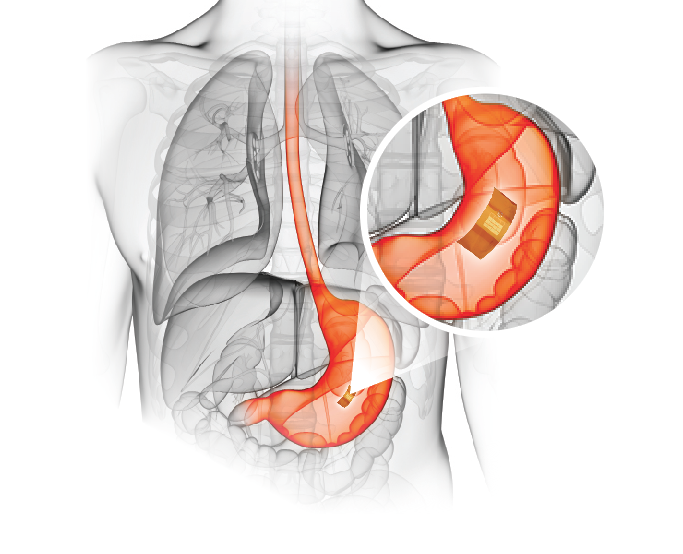 To make this sensor, Dagdeviren first fabricated electronic circuits on a silicon wafer containing two electrodes: a gold electrode placed atop a piezoelectric material called PZT, and a platinum electrode on the underside of the PZT. Once the circuit is fabricated, it can be removed from the silicon wafer and printed onto a flexible polymer called polyimide.

The ingestible sensor that the researchers designed for this study is 2 by 2.5 cm and can be rolled up and placed in a capsule that dissolves after being swallowed.

In tests in pigs, the sensors successfully adhered to the stomach lining after being delivered endoscopically. Through external cables, the sensors transmitted information about how much voltage the piezoelectrical sensor generated, from which the researchers could calculate how much the stomach wall was moving, as well as distinguish when food or liquid were ingested.

In the future, they plan to harvest some of the energy generated by the piezoelectric material to power other features, including additional sensors and wireless transmitters. Such devices would not require a battery, further improving their potential safety.